Are you a real nineties kids? If you are, take a trip- down the memory lane for some things that only kids from our age would understand

Power Rangers was one of the best cartoons then and no, we aren’t speaking on the ones that kids watch these days. We are speaking about Power Rangers- The Lost Galaxy. (You remember the song don’t you? Far, far away…)

This cause lots of fights between my siblings and I. Goody Googy was one of the best candies out there. It was what our parents promised us and made us clean the whole house for. I actually miss it a lot.

Back then, NTA was the only News Network that we had. Unlike these dys, NTA news started by four and until then, you had just songs to keep you company.

WAKING UP EARLY FOR CARTOON NETWORK

Those days, every Saturday, kids would wake up early enough to do all house chores just so we could watch cartoons like Power Puff Girls, Diabolic, Tom and Jerry, etc

Unlike now that you can download or stream songs unlike, we 90’s kids had to wait for our favorite songs to play on the radio then record them. Then, we could listen to them. we were geniuses.

HEAVIEST GAMES OF 1 MB OR 2MB

If you remember, back then, the heaviest games weighed just 2 or 1 MB and those were the best state of the art games. Compare that to THE heavy Call of Duty and PES are now.

When downloading became a thing, WAPTRICK became the place for downloading games, music, and even videos. 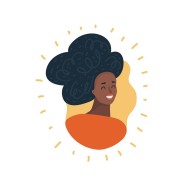 Most Impressive Hacker Attack in 2018